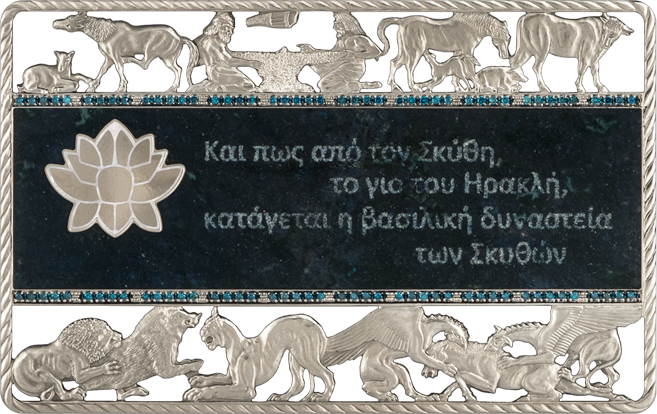 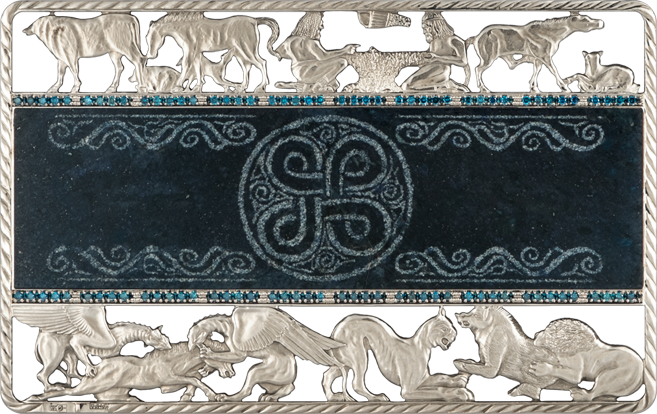 According to one story, the Scythians that populated the lands from the Danube to the Don a few centuries before Christ descended from Heracles. The ancient Greek hero possessed great physical and mental power. One day in an uninhabited land, Heracles met a creature that was half­woman, half­snake. She became the mother of three sons of Heracles, but only the youngest of them, Scythes, had enough strength to pull his father’s bow tight and wear his heavy belt with a gold cup. “And from Scythes, this son of Heracles, were born all the Scythian kings,” wrote Herodotus. These words adorn the card, and its ornamental design is executed in the “savage style” of Scythian gold masterpieces.