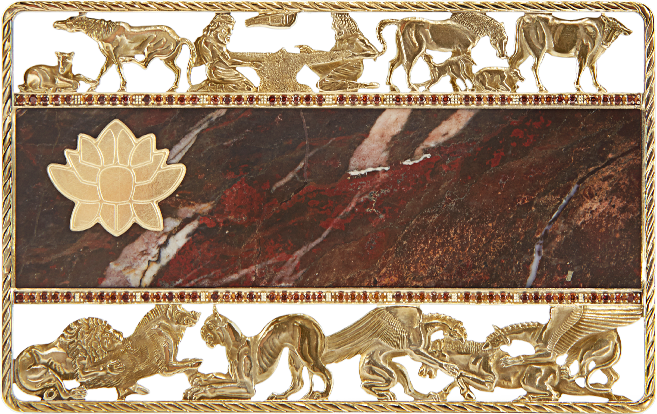 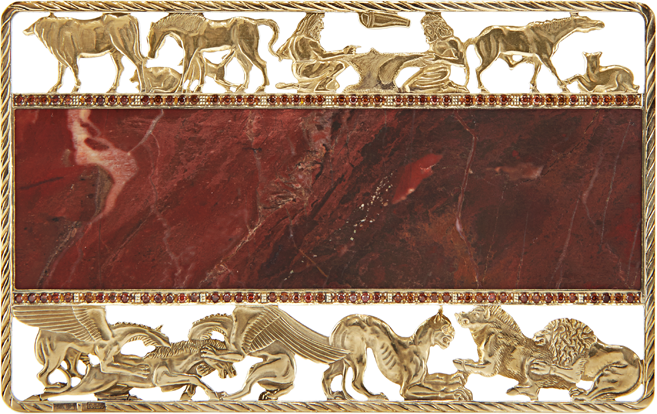 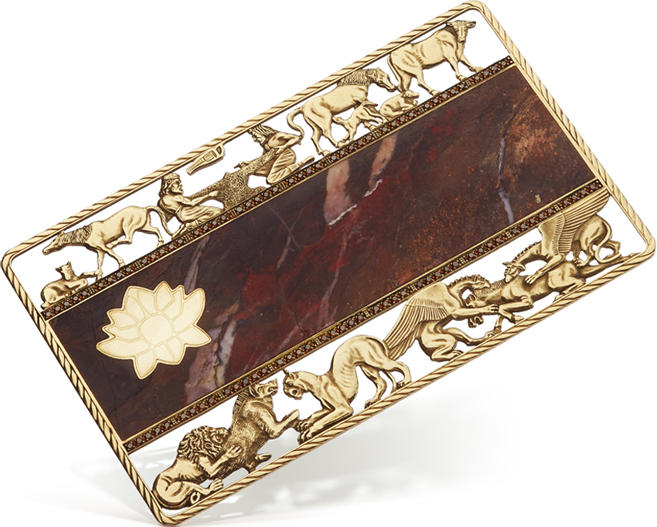 The first inhabitant of the land of Greater Scythia, occupying a vast expanse of Europe and Asia in the First Millennium BCE, was Targitaos, born of the God Zeus. During the reign of the sons of Targitaos, four golden objects fell from the sky on Scythian lands: a plow, a yoke, a pole­axe, and a bowl. They were engulfed in flame, which was extinguished by the touch of the younger of the brothers, Koloksai. And he became the new king of Scythia. According to the myth, the Scythian gold was guarded by griffins, which symbolize power and vigilance. Their image adorns the card.