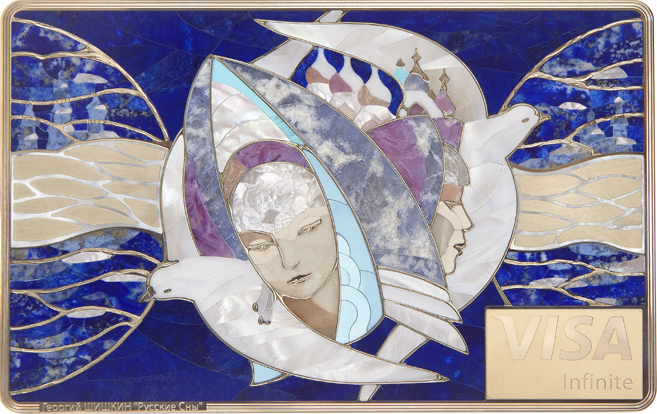 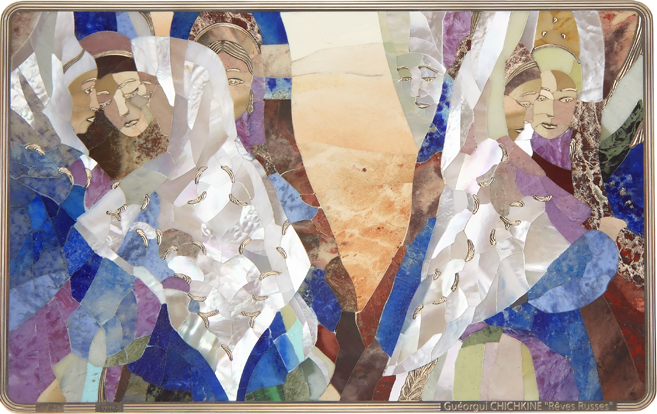 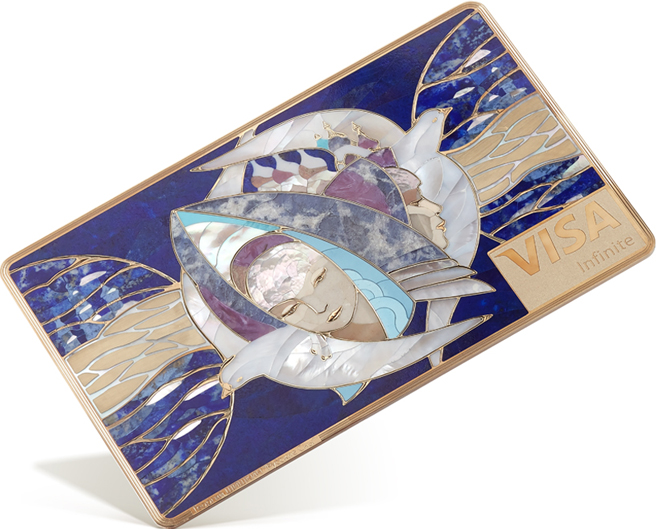 Fragments of paintings under the general title “Russian Dreams,” by the famous artist Georgy Shishkin, were the basis of the card’s design. The works of Shishkin, who has lived since 1998 in Monaco, are recognized as the embodiment of a new Russian style and are known all over the world. His paintings are in the prince’s palace in Monaco, in the collection of Queen Elizabeth II of Great Britain, in that of the maestro Luciano Pavarotti, in the palace of the president of the United Arab Emirates, and in the greatest museums of the world. Georgy Shishkin has created a special technique of working in pastel, a dazzling play of light and shadow. The designers have tried to convey the magical luminescence that emanates from the paintings of Shishkin.