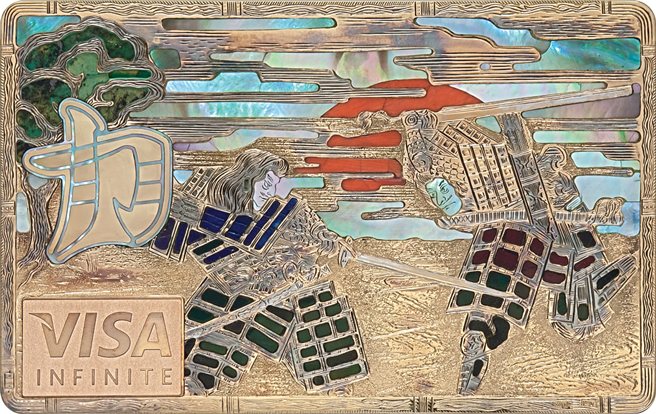 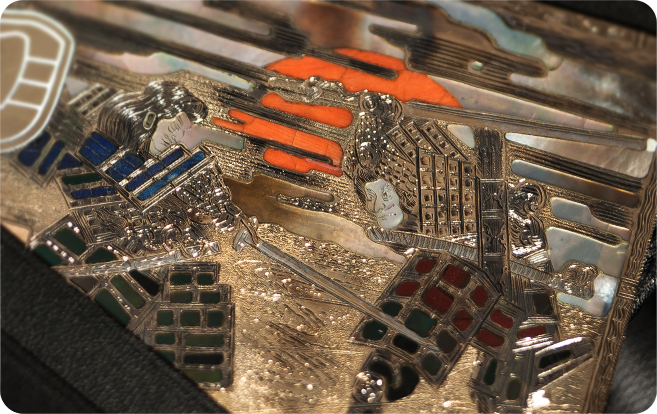 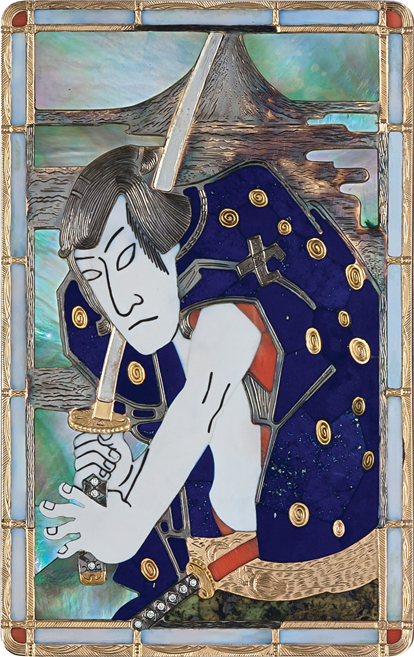 The history of the Japanese samurai began in the year 646 with the reforms of Emperor Kōtoku, and concluded only at the end of the nineteenth century. According to the Bushido, the code of the samurai, a long curved sword with a single-sided blade, the katana, was the noble warrior’s “weapon of the soul.” Sons of the samurai were taught the art of swordsmanship from their earliest years, and at 5 years the boys were initiated as warriors. From this age, the samurai never parted with his sword. Believing in the supernatural power of the katana, the warrior gave his sword a name and paid it a special reverence. The samurai knew that there is nothing more precious than human life, and were proud of a victory for which not a single drop of blood was spilled. The card is decorated with a Japanese character meaning “katana.”