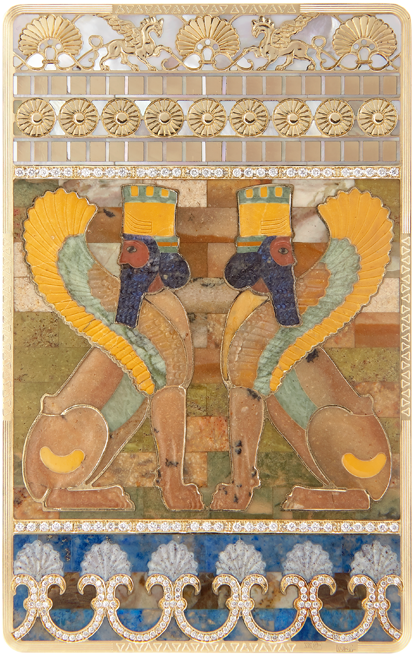 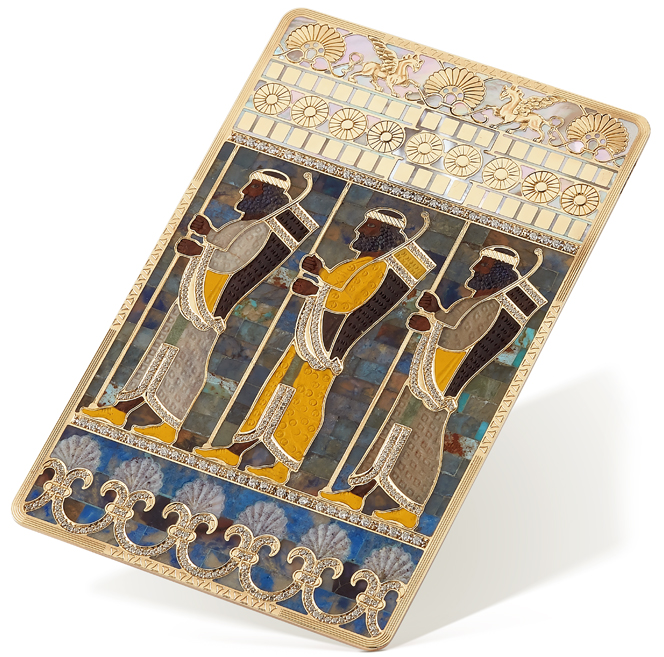 “The Immortals” was how Herodotus designated an elite brigade of valiant foot soldiers in the Persian army. “If any of them left this brigade due to death or illness, then another was chosen to replace him. In this way, the brigade always consisted of exactly 10,000 warriors — no more and no less,” reported the historian. During military campaigns, the Immortals followed the chariot of the king, shining with an abundance of golden ornaments. Their spears were decorated with garnets mounted in gold and silver. The Immortals were accompanied by carts of concubines and servants.

Decorating the card are figures of warriors and a winged sphinx, reproduced from paintings from the Palace of the Persian king Darius I at Susa.