A new collection, Hagakure, has been added to the Art Collection gallery. For its creation, the designers were inspired by a manual of samurai wisdom based on the sayings of the great 17th-century warrior Yamamoto Tsunetomo. The text of Hagakure, which means “Hidden by the Leaves,” is still relevant today: a true samurai can always distinguish truth from lies, and real beauty from fake.

The samurai’s weapon is a sword, but the heart of the sword is the tsuba, or hand guard. For more than a thousand years, this small flat disc has separated the handles of traditional Japanese swords from the blade. Refined and elegant, this thin plate expresses the taste and individuality of its owner. Eminent samurai would accumulate collections consisting of dozens of different tsubas, and the art of creating these discs was handed down from generation to generation. Unlike European hand guards, the tsuba did not protect the wrist from enemy attacks, but functioned only as a support for the hand of the warrior. However, the tsuba has another, hidden, meaning: it served as a talisman for its owner. It is no accident that during the Meiji era at the end of the nineteenth century, at which time the samurai were forbidden to carry weapons, that the tsuba not only maintained its popularity but actually became more popular.

Here you can have a look at this collection – Hagakure 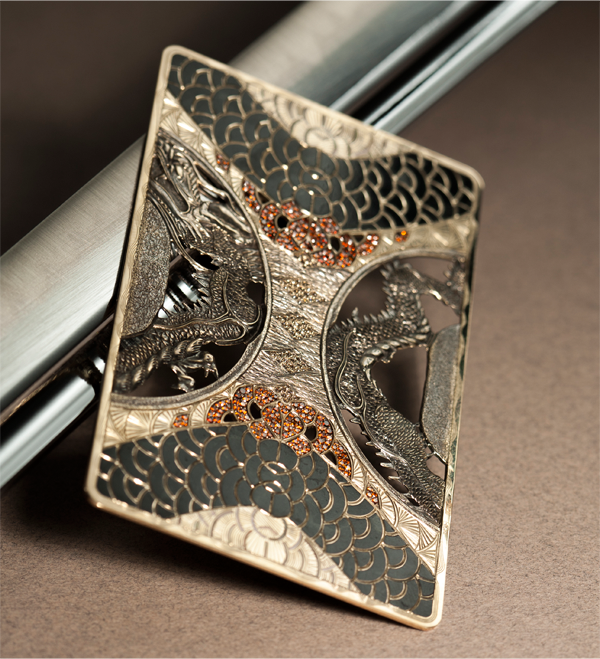