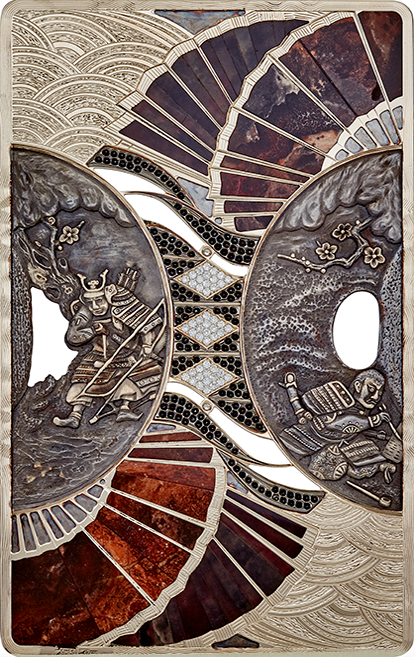 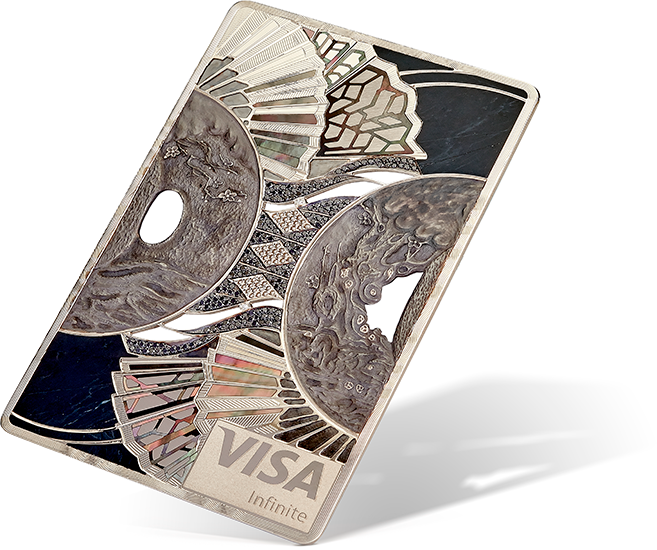 TSUBA “MESSAGE OF THE SAMURAI”

“If you show resolve, just one of your words will be enough to shake heaven and earth.”  Tsunetomo Yamamoto, Hagakure

The noble samurai Musashi Miyamoto, who never lost a single fight and never broke a promise, attained fame in his lifetime as a great master of the sword. Miyamoto’s quick attacks were said to be like lightning, while his battle cry often stopped his enemy’s heart sooner than his sword. Shortly before his death, the legendary samurai retired to a mountain cave to draft his testament. The confessions of this warrior and philosopher, which he named The Book of Five Rings, became a practical guide for many generations of samurai. The card depicts a scene of a master, the head of a clan, passing his message to his successor. A young samurai on his knees respectfully listens to his teacher.