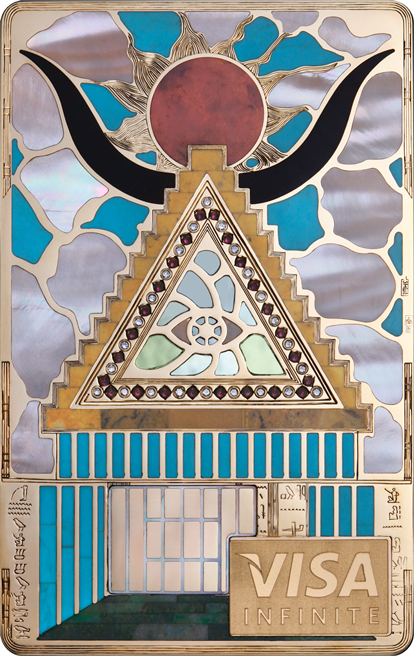 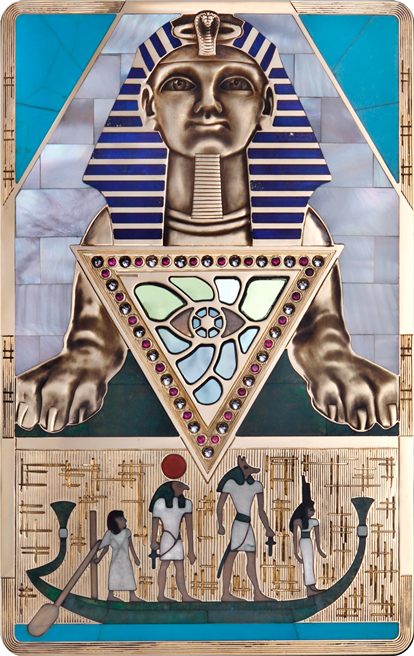 On the western bank of the Nile lies the most ancient and monumental of all sculptures existing on Earth, the Great Sphinx, the lion with a human face. By whom and when it was created, remains a mystery to this day. On the chest of this Sphinx that guards three pyramids is the carved inscription: “I gaze at your vanity.” Between its paws is a slab installed by the pharaoh Tuthmosis IV in memory of a miraculous sign. The Sphinx appeared to the young Tuthmosis in a dream, promising to place him on the throne of Egypt if he cleaned the sand away from the statue. The young man satisfied the Sphinx’s requirement, and the reign of Tuthmosis IV was long and successful.
The front of the card depicts a solar disk between cow horns — the symbol of the sky-goddess Mehet-Weret.