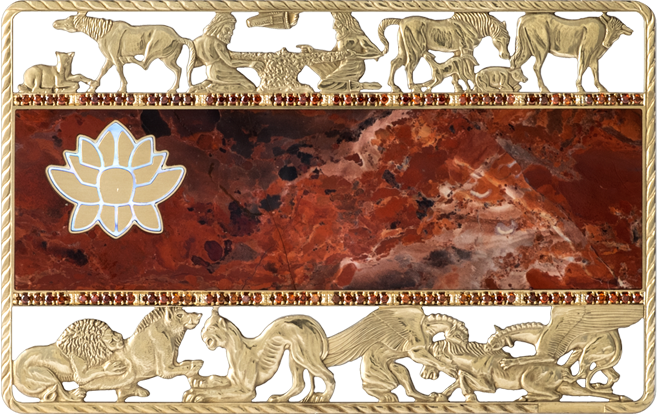 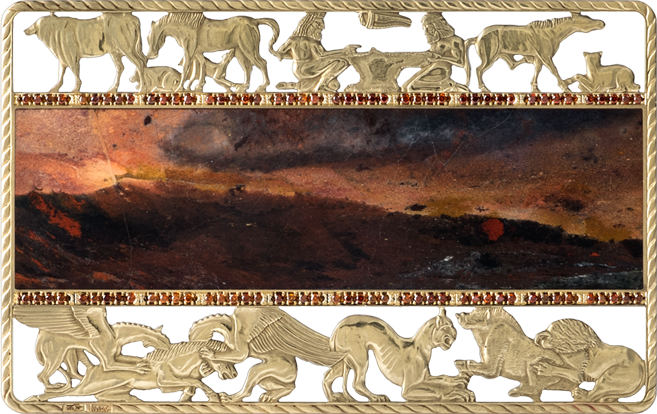 The power of ancient Scythia surpassed that of the empires of Europe. According to Herodotus, among all known peoples it was the Scythians who had only one art, but the most important one for human life. “This art was that no enemy that has attacked their country can be saved; and no one can overcome them,” wrote the historian. On their shields the Scythians often depicted wild boars: a symbol of a warrior that is not inclined to retreat. The image of a boar decorates the card, along with the other animals of the Scythian bestiary.