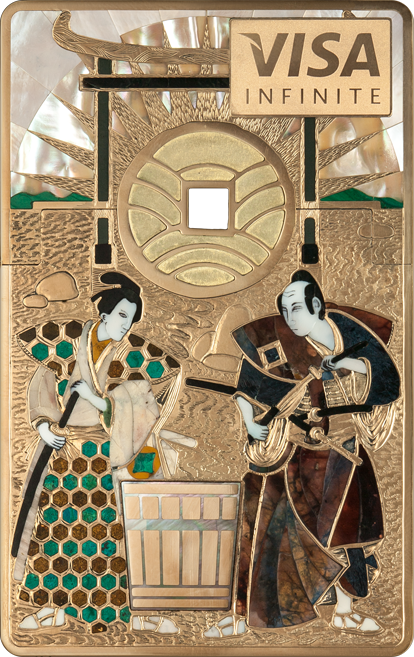 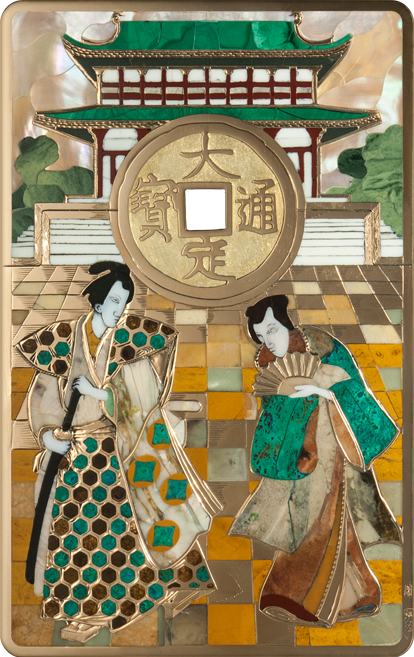 THE LEGEND OF THE SAMURAI

“A Woman should sacrifice herself for the sake of her man. A man should sacrifice himself for the sake of his master. And a master should answer to Heaven.” So thought the samurai, who demanded devotion and obedience from their wives. A woman in the house of a warrior became the imperceptible shadow of her man. A samurai was not expected to show tenderness toward his wife.
“The verse is a light rustle of jasper clothes.
Oh, what melancholy fills me,
Not having said to my beloved,
While she remained at home,
An affectionate word upon leaving.”
So wrote Japan’s preeminent poet Kakinomoto no Hitomaro at the end of the seventh century. The samurai depicted on the card is equally reserved when meeting an enemy as when parting with his wife. The card is decorated with a copy of an ancient coin minted by the Japanese imperial court from the second to the ninth centuries.