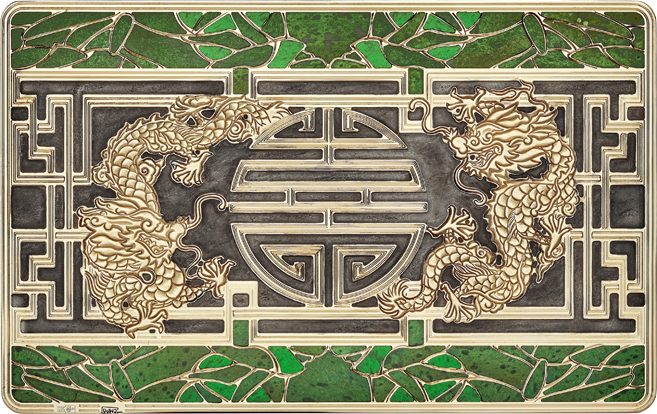 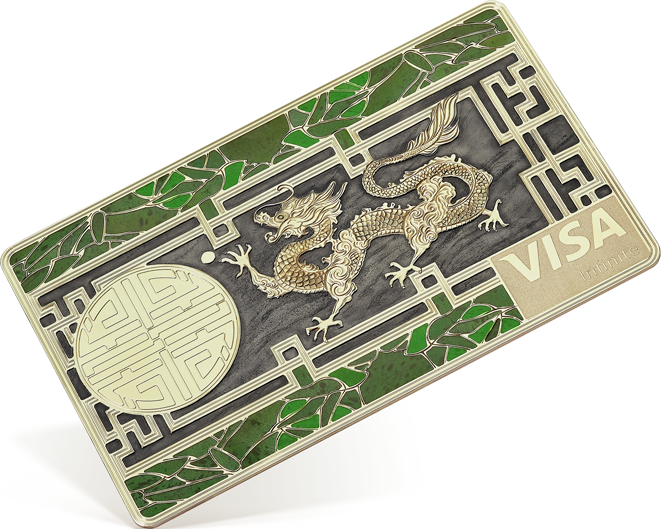 In the period of the Han dynasty, the five-clawed dragon was a symbol of imperial power. By tradition, the emperor of China was referred to as a “dragon,” and his throne was the “dragon throne.” A jade seal served as a sign of the monarch’s power. It’s no coincidence that the Chinese character for “jade” is nearly identical to the character for “emperor”: This stone stands for wisdom, justice, integrity, and strength. The card depicts two imperial dragons. Their endless struggle to catch each other reminds us of the eternal interaction of yin and yang, female and male, night and day. The card’s stained-glass-like elements are executed in jade, and its ornamentation features the knot of eternity, symbolizing perception of the mysteries of immortality.