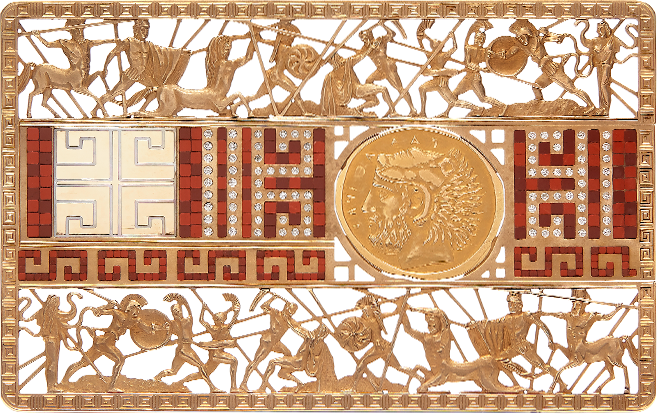 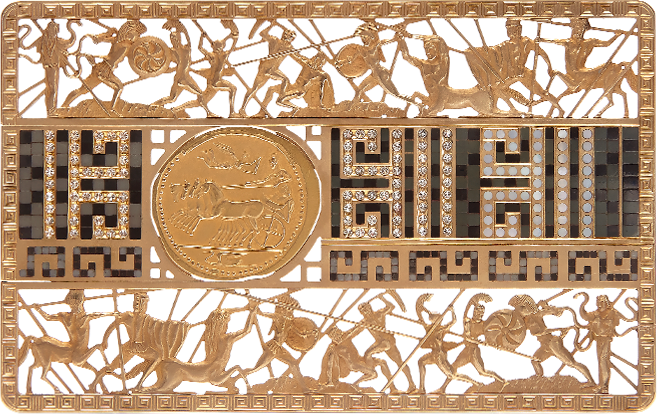 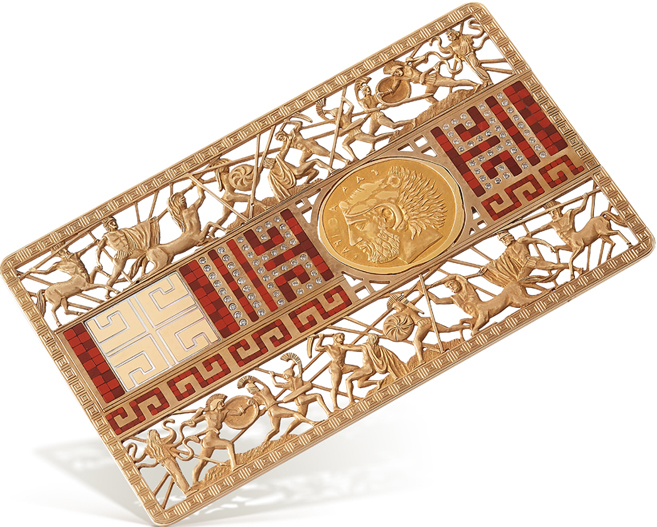 Heracles, son of the god Zeus and the mortal woman Alcmene, accomplished twelve great feats, fighting battles with monsters and giants. The ancient Greeks revered him as a man who won glory with his tireless fight against evil. Athena, the goddess of military strategy and wisdom, favored Heracles and helped him to overcome difficulties and regain his strength.  After the death of Heracles, Athena it took him up to Olympus in her chariot: Born a mortal, he earned immortality and became a god.