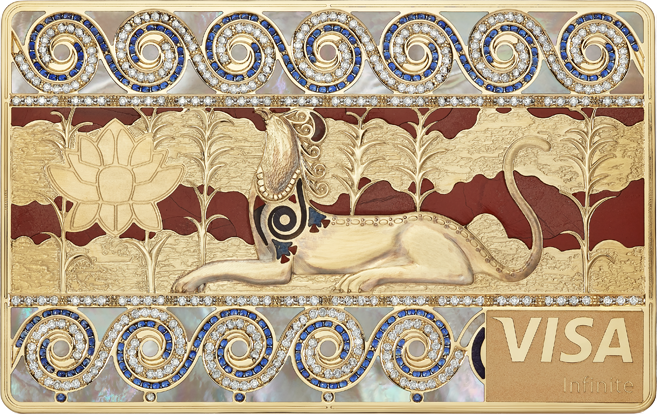 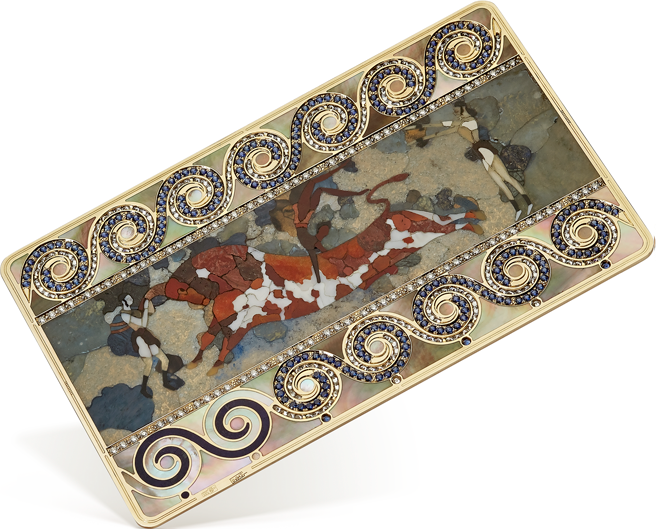 The Palace of Knossos on the island of Crete is unique evidence for the existence of the Cretan-Minoan culture, which flourished in the 2nd millennium BC. This great civilization bearing the name of King Minos gave humankind many myths: about the craftsman Daedalus, who built this palace, about the wings of Icarus, about the hero Theseus, son of Aegeus, who defeated the monstrous Minotaur. Ancient frescoes were preserved on the walls of the Palace of Knossos, two of which are rendered on the card. On the front side is the image of a griffin: Its eagle head symbolizes the element of air; the body of a lion signifies the power of earth; its snake tail represents the hereafter. The reverse side of the card shows the deadly games in which girls participated equally with boys, jumping over a running bull.

The stonework was executed by the jeweler Marina Simakova.