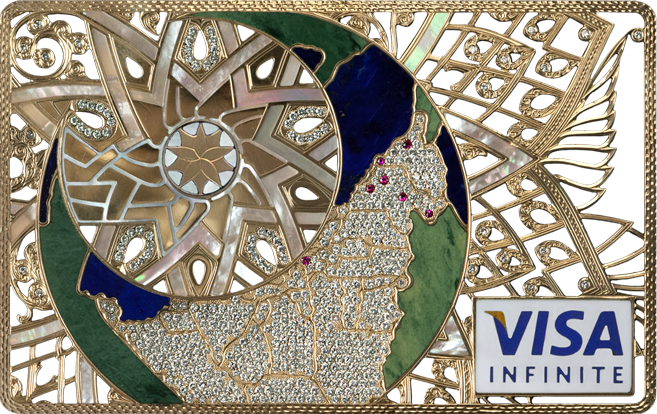 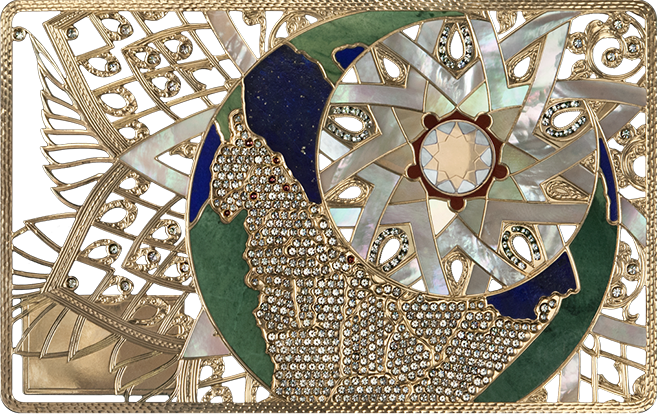 The Emirate of Dubai, a graphical image of which is rendered on the card, is considered the real shining light of the Middle East. The metropolis of Dubai, one of the greatest cities of the world, emerged like a mirage in the desert from a little fishing village. This miracle city has become a symbol of luxury for the twenty-first century. Here are the world’s tallest building, the most expensive hotel, and the largest shopping and entertainment center. Here flows the largest fountain, and the largest-scale shows play here as well. It is no coincidence that Dubai is also called the “capital of success.”