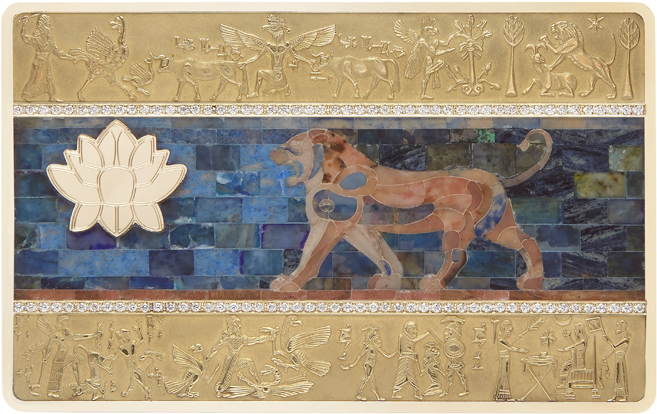 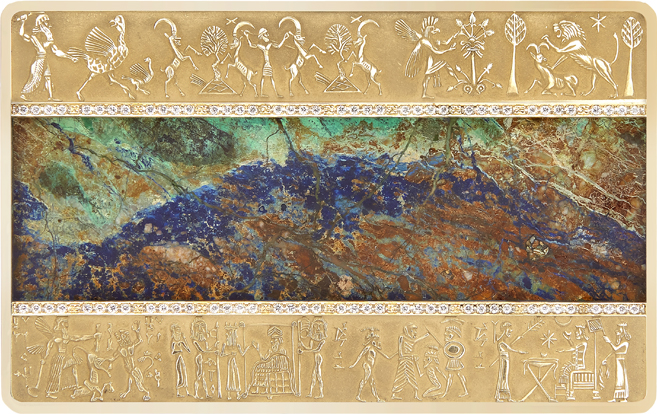 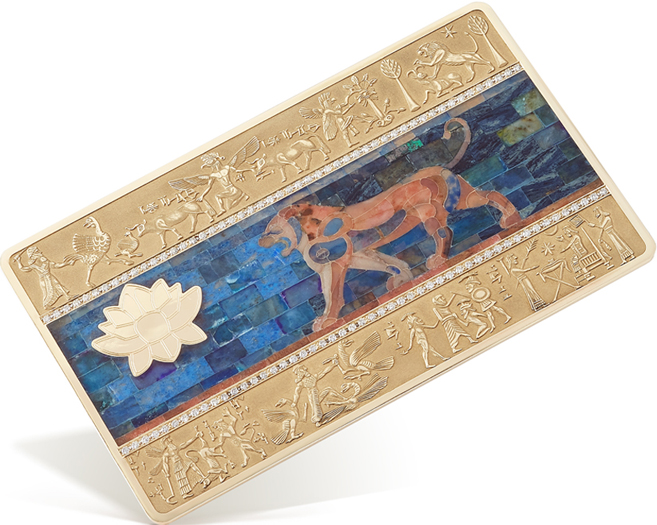 The Persian King Darius I ascended the throne in 522 BCE by expropriating it from the line of sorcerer-kings who had reigned before. Once the sorcerers were killed, Darius and his allies decided that the power to rule would go to the man whose horse would whinny first at dawn. Thanks to a cunning trick by his stableman, Darius’ stallion whinnied first. This victory began the reign of Darius I. After capturing the kingdom of Elam, Darius ordered a palace to be built in the city of Susa. Cedar for its construction was brought from Lebanon, silver from Egypt, and ivory from Ethiopia and India. An image of a lion, symbol of power, embellishes the card. It is a copy of a frieze from the Palace of Darius at Susa.

Our craftsmen have endeavored to exactly replicate the colors of the ancient glazed bricks of this frieze.